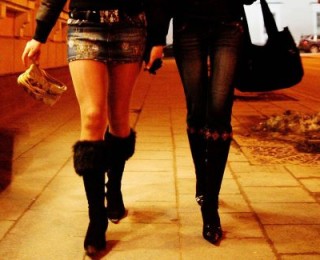 What do you think when the word ‘school’ comes to your mind?

Students carrying bags, desks, benches, teachers etc. Isn’t it? But do you know, there are some of the schools around the world that are totally unusual! Some of them teach the art of prostitution. Unbelievable, isn’t it?

Let’s have a look at the schools that are totally different than what we all think.

1. School that teaches the art of Prostitution (Spain)

In Spain, there is a school that offers courses regarding prostitution. It is named as Trabajo Ya that means “Work Now.”

Bangladesh often suffers from floods. And an organization called Shidhulai Swanirvar Sangstha came up with the idea of building houses, health care centers, and schools that are badly affected due to flooding. The organization operates around 100 boat schools. They pick the students from their doors.

Students have to walk through a scary path to reach to this school.

The concept of Train Platform School was started in 1985 by Inderjit Khurana. These schools offer the education to the street kids whose parents can’t afford to send them to normal schools.

6. The School Of The Future (Philadelphia)

The students in this school do not take books, they hold laptops. This school is fully based on advance technologies.

The school is named after a gay rights activist and politician, Harvey Milk. It was specially built for lesbians, gays, bisexuals and transgenders. But later, the school doors were open for all without any sexual discrimination.

Brooklyn Free School promotes independent studies. It has two sections that are divided according to ages. The upper class has students who belong to age group of 11 to 18 years and lower school for students between the ages of 4 and 11. Students have full liberty to be anywhere in the school. They can enter some other class and stay there according to their wish. The school criticized because of its lack of curriculum.

Dongzhong Mid-Cave Primary School is in Miao village in Guizhou province, China. The word Dongzhong means “in caves”. The school was started in 1984. It was started with eight teachers and 186 students. After 23 years, Chinese authorities shut down the school with the fear that China isn’t a “society of cavemen.”

Mothers of Children with Autism Deserve Some Relief