16 Famous Celebrities When They Were Teenagers. #Brad Pitt Looked So Funny 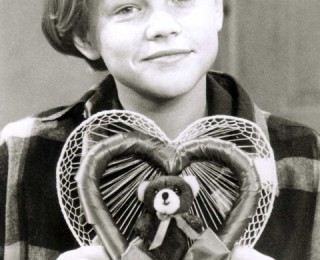 Our favorite celebrities may look amazingly beautiful and adorable now but back then you might doubt if they had a fashion sense. The mullet cuts, ‘vintage’ fashion choices, 80s perms and many other fashion trends that you may find strange.

We have put together some of the best pictures of our favorite celebs from their Instagram throwbacks to the red carpet archives. Take a look and share with me who is your favorite one.

Looks like his mom cut out a mixing bowl to get that mop.

Now he is an Oscar winning power player.

2. Miranda Kerr as a teenager

That 13-year-old was clearly born to model. This picture is from one of her Australian campaigns in 1997.

Now she is one of the best supermodels and a Victoria’s Secret Angel.

3. Kristen Stewart as a teenager

Kristen, at her first premiere, for 2002’s Panic Room.

Now, she is a Hollywood star and an all round fashion muse.

4. Natalie Portman as a teenager

Natalie Portman was rocking her first red carpet appearance for Mars Attacks in 1996.

5. Sarah Jessica Parker as a teenager

Before SJP, she was just an unknown actress Sarah Jessica, auditioning for whatever parts she could get on the theatre circuit.

Now, she is a award winning actress and a style icon to thousands around the world.

6. Beyonce as a teenager

19-year-old Beyonce with Rose tinted shades and hair in bunches.

Now she is the ‘Queen’ of the world.

7. Blake Lively as a teenager

She might be one of the most popular girls at the school. She started acting in her teen. A picture after her debut show. The Sisterhood Of The Travelling Pants, took off in the US in 2005.

The couple had their first daughter, James, in 2015.

8. Brad Pitt as a teenager

Brad with his teenage sweetheart Sara Hart at their high school prom in Missouri.

He happened to marry one of the most glamours actresses alive.

9. Diane Kruger as a teenager

Now her style is slick and sophisticated.

10. Alexa Chung as a teenager

Now, she is an ultimate IT girl…

…An ambassador of British Fashion Council and a design consultant for brands like AG Jeans and Marks And Spencer.

11. Ellie Goulding as a teenager

Adorable, all gothic with jet hair and backwards baseball cap.

Embracing her feminine side, now she is a red carpet swan.

12. Lena Dunham as a teenager

The hoop earrings, the pink velour, the awkward pose in her Lena’s Instagram throwback.

Now, she’s got her pout and her fashion look nailed like a pro.

13. Katy Perry as a teenager

Now, she spellbinds the world by her beauty.

14. Dakota Johnson as a teenager

She got dragged to all sorts of weird promo events as a kid because of her mom of course.

Now, she is a queen of the 50 Shades franchise.

A cover star for all of the world’s biggest fashion magazines.

15. Reese Witherspoon as a teenager.

‘On the set of my second movie ever, Wildflower. Always playing a tomboy…’ Reese wrote when she posted this throwback snap on Instagram.

She hasn’t changed a bit. Still the natural beauty.

16. Kendall And Kylie Jenner as teenagers

On a red carpet, sporting traintrack braces and stripy highlights.

Now, they have taken over the fashion and beauty industries as supermodels.

‘Trapped’ Will Be Released With Eye on Voters

Couple Travels To 41 Countries To Teach 4-Year-Old Son The Beauty Of Nature, Incredible!