Brad Pitt And Angelina Jolie On The Way To Divorce… Cara As A Culprit, Shocking! 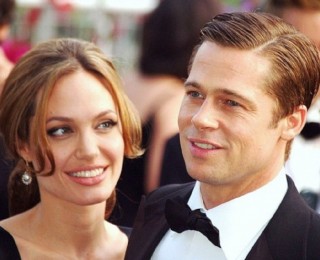 What is happening to the world? One of Hollywood’s most loved on-screen and off-screen pairs Brad Pitt and Angelina Jolie experience some relationship havoc, as they are almost moving to part ways. Reports are concluding that this drama was triggered by Angelina’s personal ‘darkness,’ even pushing Brad away when he tries to reach out to her. As parents of Maddox, Pax, Zahara, Shiloh, and twins Vivienne and Knox, they see the situation as a perpetrator and destroyer of the whole family’s foundation.

Even worse, Angelina’s feeling more threatened by the presence, and on-screen potentials of Cara Delevigne, 23-year-old Model-Actress. There have been speculations that Brad sees Cara as a ‘future Oscar winner,’ a five-star Hollywood actress; and he’s rooting for her in at least one of Brad’s 40 upcoming projects. This adds to Angelina’s frustrations, leading her to commit physical and emotional disintegration.

This is how people spot the pair around. One time in London, they looked close to each other, but Angelina appeared pale, skeletal in appearance, and merely depressed. Is this really about Cara? Let’s see.

Hey folks, this is Cara Delevingne.

It’s getting hot in here! With all the features and beauty she possesses, you’ll never really imagine that this personality is more than what you can basically think of.

Model of the Year? She deserves it!

In 2012, Cara was hailed as Model of The Year in British Fashion Awards. Two years after, she appeared in fashion shows housing Dolce and Gabbana, Burberry, Jason Wu and Mulberry.

She played for Princess Sorokina, a young princess, back in 2012.

Who’s caught up with John Green’s film adaptation of the famous novel Paper Towns? If you’ve loved and hated the role, thank Cara because she did a fantastic and effective portrayal.

This year, she’s part of a bigger acting feat!

2016 is one of the highlights of Cara’s acting career as she’s going to play the role of June Moone, or the Enchantress in Suicide Squad, a film adaptation to a DC comic series. Rumors tell that Cara might be the antagonist.

As Brad Pitt truly see the potential in Cara’s acting profession, he offered to film projects that will set Cara into greater heights. Brad wanted Cara to join him in Plan B and the World War Z 2, but our actress have busy schedules planned ahead, so she declined them.

Brad was very open with giving all the contacts to Cara, more importantly, when she thought of grabbing Brad’s offers one day.

She can be very sweet, liberating and open-minded.

She admits to being bisexual, but it did not affect much of her career. She can do a lot. Her talents and charm really have a promising space in the entertainment industry. It’s enough for her to be looked as threatening (professionally or romantically). Fierce!