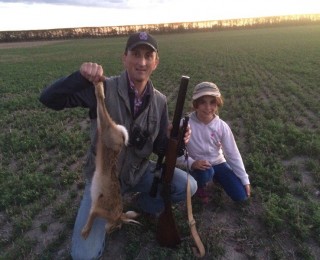 I should have started with a Happy Easter wish, but I didn’t, as this post reads an utterly unhappy story of the festival. Rabbits, the Easter bunnies are called the symbol of the fest who bring us the decorated Easter eggs. We truly love this adorable creature who comes to us with standing ears and cute tiny paws.

Besides this, people of some parts of New Zealand have the most inhumane way of organizing the Easter celebration. Every year to have some fun, they kill thousands of Easter bunnies. New Zealand has rabbits in large numbers, who are considered pests for spoiling the countrysides, the occasion of Easter is an opportunity for them to have bunny hunting competition. The team which kills more rabbits, will be recognized as a winner of the year. Well, that’s a great achievement for them. I have a question, is it the only way left to save the countryside?

Now, let’s go to China, they have special slaughterhouses built to kill thousands of rabbits every day and the purpose is to produce fur for fashionable clothing. This is how Easter is celebrated at some places.

Let’s see the pictures and the video as well which record bunnies screaming due to extreme pain of hunting and slaughtering.

When a part of the world celebrates Easter by presenting gifts and candies, certain areas of new Zealand shoot down the rabbits.

They named it ‘Easter Bunny Hunt’ which is organized every year in Central Otago and other regions of New Zealand.

This year, 27 different teams of 12 shooters in each, participated in the 24-hour-shoot off.

And killed around 10,000 Easter bunnies.

In several areas of New Zealand, rabbits are in huge numbers; they are considered pests. The competition takes place to eradicate rabbits including other pests.

The teams have their reference names like, Anti Pestos and Happy Hoppers. The team ‘Down South’ won this year, for killing 899 rabbits.

In order to save the countryside, New Zealand has been continuously shooting rabbits every year on the occasion of Easter. They do it for one day but China, one of the world’s largest fur exporters, kills rabbits ruthlessly every day for high production of fur and scaling its business.

PETA India investigated massive slaughterhouses in China and witnessed that foxes being electrocuted; dogs are hit on the head till death and rabbits are skinned alive. The fur farms in China force rabbits to leave in the urine-encrusted cages without giving them any veterinary care.

HSI: Humane Society International’s chief executive Claire Bass told China a horror house for thousands of rabbits. HSI also documented that Chinese fur is also sold to the US and different other countries.

Rabbits are yanked by their ears, they are hit through blade on their head and then have their throats cut.

This is what a slaughter says.

A slaughter reported to HSI that it is easy to produce real fur than synthetic ones as it doesn’t cost them much to maintain the slaughterhouses. The workers are also underpaid. The government banned fur production in the UK in 2000, so the entire fur is imported from different other countries including China. Organizations like PETA India and HSI are working to bring the pictures of the act of cruelty into the limelight. They are requesting people around the world not to use and ask for real fur; investing money on it directly supports this inhumane act of animal killing.

Watch the video that includes terrifying scenes of slaughter houses.

A person essentially help to make seriously posts I would state. This is the first time I frequented your web page and thus far? I surprised with the research you made to create this particular publish extraordinary. Fantastic job! bgafdcgbabkd

This is a Love Story about Organ Donation