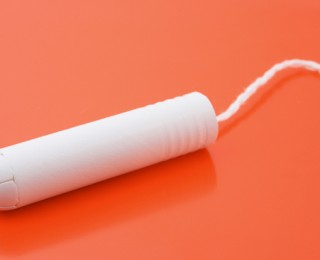 Yes, this is true. A man actually carries tampons in fanny pack so that he could offer them to ladies in trouble. The man might be the next superhero as he truly is doing something special. Whenever he pulls out a Tampon bag out of his fanny pack, he gets the same reaction from all the girls, as they all get shocked.

Read the article to know more about the next big thing.

The tampon man is Chance Ward. He is a college student in California. All the girls in California are actually in good hands.

He does not want any girl to feel ashamed or embarrassed because of their menstruation cycles. Every time they are feeling embarrassed, he pulls a magic trick(tampons) out of his bag.

Ward wrote a Facebook post about how he helped a girl at the gym class that day. He mentioned that she was very embarrassed to ask for tampons!

When Ward took some tampons out of his fanny pack, she got shocked! She thought that Ward had pulled out some kind of a magic trick.

He appeals to all the women out there to actually not feel embarrassed or ashamed of asking someone for tampons. It might be that you are asking someone who actually has them in their bags.

Ward believes that people should not consider menstruation as such a taboo. Almost half the world experiences it!

Every man should carry them

He wants every person who is not menstruating to carry some tampons in their bags. This way, girls would never be ashamed of asking for tampons from someone.

Everyone loves the man

He has been appreciated by many for doing this wonderful job. Someone even commented on his post that there need to be more people like you in the world.

Internet Failed To Spot The Hidden Tigers In This Picture. Can You?